Translational research allowing comparison of similar memory properties between human and rodent models is a requirement for the finding of behavioral and cognitive biomarkers as well as molecular deficits associated to the pathology.
Spatial memory is a fundamental aspect of rodent behavior and plays an especially critical role in navigation.
To study this complex process (multiple strategies) by means of behavioral measurements it is necessary to quantify a large set of meaningful parameters on multiple time scales (from milliseconds to several minutes), and to compare them across different paradigms. Moreover, the issue of automating the behavioral analysis is critical to cope with the consequent computational load and the sophistication of the measurements.

The solution is an automated protocol for quantitative analysis of spatial memory deficits, learning and decision making of the rodent.
It relies on :

The Starmaze protocol has been used on transgenic mice, and for differential diagnosis of Alzheimer patients and characterization of spatial and temporal memory brain networks. The associated Navigation Analysis Tool has been developed to automatically extract individual and/or pathology-specific behavioral biomarker of cognitive functions. 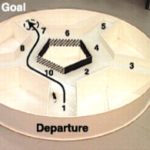 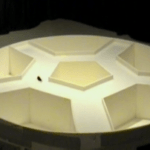 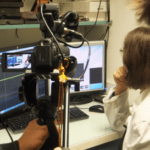 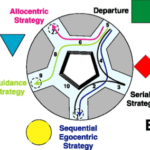