By detecting compensation movements that are naturally implemented by the central nervous system, the solution offers a new strategy for the control of an upper limb prosthetic or an exoskeleton device

The most common strategies for the control of an upper limb assistive robotic device can rely for example on a computational system, a set of joystick and buttons, a measurement of brain activity, or a myoelectric control, using the muscles contractions to initiate the motions of the assistive robotic device.But most of those strategies suffer two main disadvantages:
• They force an artificial command law on the user, extending the learning time
• Most of them require the user to decompose the movements, with -in the case of prosthetic control- each articulation being controlled individually and sequentially, which increases the cognitive load for the user; or generating a "double task" in all cases (user has both to perform the task and additionally to control the device)

The solution is a new strategy for the control of an upper limb prosthetic or an exoskeleton device, dedicated to amputees or patients with paralysis for example.Through the identification of the motive intention of the user, by detecting compensation movements that are naturally implemented by the central nervous system, the solution relies on an algorithm enabling an intuitive control of a motorized prosthesis, mimicking natural human upper limb movements.Moreover, instead of focusing on the movement of each artificial motorized joint along the upper limb, the solution enables the user to just concentrate on the task to achieve.

A proof of concept has been obtained, and the solution has been tested on 15 healthy individuals (elbow and/or wrist) and one wrist amputee. 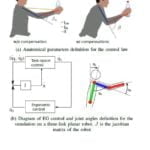